British Indian Ocean Territory lies in the Indian Ocean half way between Africa and Indonesia. It is an archipelago of 55 islands spread over 54,400 sq km of ocean. The islands are fairly flat, the highest point of Diego Garcia (the largest island) is 2 metres above sea level. The climate is hot, humid and windy.

Originally called the Chagos Islands when they were discovered in the 16th Century, they were initially claimed by the French. The Islands were ceded to Britain after the Napoleonic wars. The Chagos Islands became the British Indian Ocean Territory in 1965 when the British Government established a military base on the largest Island Diego Garcia.

The Islands are set aside for defence purposes. The only people living on the islands belong to the United Kingdom and the United States of America military personnel and civilian contractors.  Flights to and from the territory are administered by the British Military.

ASSI's responsibility in relation to the BIOT is limited to the provision of advice to the Commissioner. 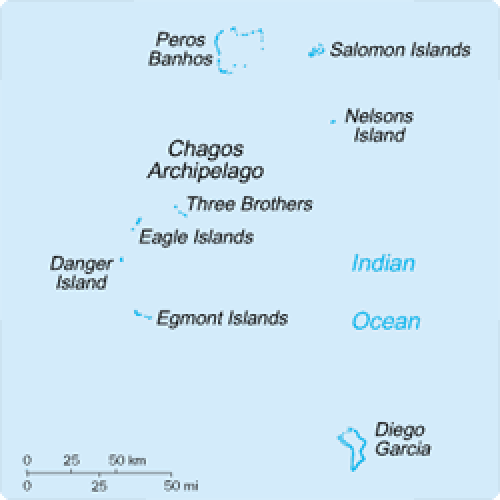