The Turks and Caicos Islands territory is made up of 40 islands on the south-eastern edge of the Bahamas chain of islands in the Caribbean.  Six of the islands are inhabited, Grand Turk, Salt Cay, South Caicos, Middle Caicos, North Caicos and Providenciales.

There is dispute about who first found the islands, some say that Juan Ponce do Leon first discovered the islands in 1512, others claim that Christopher Columbus landed first in 1492. Whoever arrived first, the islands were uninhabited and changed hands between the French, Spanish and British until 1678 when they were settled by a group from Bermuda who started producing salt. The Turks and Caicos Islands became part of the Bahamas in 1799, but in 1848 the Islanders petitioned for and were granted separate colonial status. In 1872 the Islands were annexed by Jamaica, and they remained part of Jamaica until Jamaica gained independence from Britain in 1964. The Turks and Caicos Islands finally became an independent Overseas Territory with its own Governor in 1973.

The Turks and Caicos Island's main industries include tourism, property development, international finance and fishing. There is a thriving tourist industry, mainly based around a number of exclusive hotel developments and holiday homes on the island of Providenciales.

Find out who to contact for information on the AIP for the Turks and Caicos Islands. 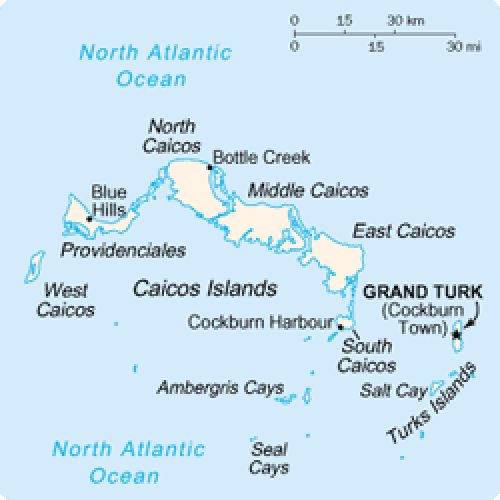